To an average person deprived of knowledge of how data transmission works, the term Encryption may be a little loaded in meaning. But in actual fact, it does spell out the literal meaning of the English word. To encrypt essentially means to "hide" from unwanted persons. it is important  to have the basic understanding of this word as it relates to how the data we generate daily (the pictures, text and all) are sent from family, friend or business across the network of networks i.e  the internet.

Coupled with the explosion of cloud technologies and the continuous reduction in cost of the methods in which data can be stored, the need for encryption has never been more relevant. Owing to the widespread connectivity brought about by the cloud, data can be encrypted in transit (end-2-end) or at rest.

Encryption is the process of encoding a message or information in such a way that only authorized parties can access it and  those without authorization are unable to access. The message to be disguised (plaintext) is made intelligible to an interceptor using an encryption algorithm (cipher). The new message or data created is called the ciphertext. 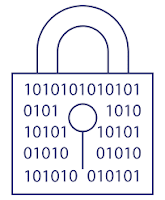 It is important not to be put off by the words used to describe the process involved. To surmise in data encryption, the following are major types of encryption used:


As mentioned before data can  be encrypted either in transit or at rest. Such methods can take in any of the following forms: 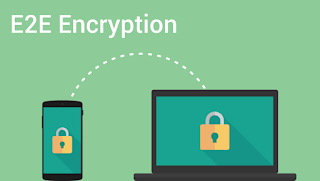 It is worth mentioning that for encryption and decryption of data, keys used in scrambling or unscrambling such data must not be accessible to any one not meant to have access to it. Hence key management is of utmost importance in the encryption process.

VPNs-- The need to Encrypt your data online

It uses an encryption technology to open up a secure connection so that data can be sent
back and forth without the risk of data corruption (changed)  or sniffed.

Today, it's important that not to give any bad guy your home address or information such
person may use to do you harm. It is thus important to stay unknown almost all the time
whenever you venture on the internet. Clicking a wrong link on a page can send your network
identification settings to bad actors which they can use to install malicious files on your device.

Using VPNs allow users to work from anywhere and also prevents unauthorized actors from
eavesdropping on other people’s data over the internet. VPN could either be a Remote access
VPN (allows user to connect to private network and then access services or resources remotely)
or Site-to-Site VPN (usually used by corporations, allowing one office location connect to another)


There are several VPN protocols in use today:

There are several brand services offered by various companies . One of such good one is
the “VPN Unlimited” offered by Keepsolid Inc. Offering support to various OS with  absolute
privacy, uncompromising speed , total security. Other known brands are OpenVPN,
NordVPN, CyberGhost to name a few.