Two 4G candidate systems are commercially deployed: The Mobile WiMAX standard (at first in South Korea in 2006), and the first-release Long Term Evolution (LTE) standard (in Scandinavia since 2009).

LTE (an initialism of Long Term Evolution), marketed as 4G LTE, is a standard for wireless communication of high-speed data for mobile phones and data terminals. It is based on the GSM/EDGE and UMTS/HSPA network technologies, increasing the capacity and speed using new modulation techniques.
Long Term Evolution LTE is a revolutionary mobile technology which enhances the data transfer rates delivering faster mobile broadband experience and highest data speeds and reliability. LTE is an advancement in technology to the 3.5G and High Speed Packet Access, HSPA. It provides ubiquitous services for users on the GSM technology curve and also  others on CDMA and WiMAX platforms and is touted to offer the path breaking 4G experience for consumers. This is due to its ability to deliver very fast data speeds in excess of 100Mb/s uplink and 50Mb/s downlink.
The LTE specification provides downlink peak rates of 300 Mbit/s, uplink peak rates of 75 Mbit/s. LTE has the ability to manage fast-moving mobiles and supports multi-cast and broadcast streams. LTE supports scalable carrier bandwidths, from 1.4 MHz to 20 MHz and supports both frequency division duplexing (FDD) and time-division duplexing (TDD).

A major issue in 4G systems is to make the high bit rates available in a larger portion of the cell, especially to users in an exposed position in between several base stations. In current research, this issue is addressed by micro-diversity techniques, also known as group cooperative relay, and also by Beam-Division Multiple Access(BDMA).

Follow @EncryptumTech
FiOS is a bundled internet access, telephone, and television service which is operated over a fibre-optics communications network. An optic fibre is a flexible, transparent fiber made of glass (silica) or plastic slightly thicker than a human hair. It functions as Waveguide, or light pipe to transmit light between the two ends of the fibre.  FiOS 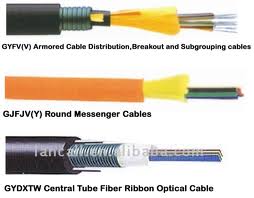 The data transmitted on the network include:
There two providers offering this service in the US presently. This technology is bound to take over the means of bulk data transfer all across the world, opening new frontiers for certified fibre optics engineers.